A world where every woman with ovarian cancer has the best chance of survival, and the best quality of life – wherever she may live.

The World Ovarian Cancer Coalition is a not-for-profit organization, formally established in 2016, working across the globe towards a world where every woman with ovarian cancer has the best chance of survival, and the best quality of life – wherever she may live.

The World Ovarian Cancer Coalition builds on the significant impact of the annual flagship ovarian cancer awareness campaign – World Ovarian Cancer Day, started in 2013 and our ground-breaking Every Woman Study™ published in 2018. Building on the Study, the Coalition launched the Global Ovarian Cancer Charter at the International Gynecologic Cancer Society annual meeting.  The Charter, a living document, pivots around six Global Goals and is a clear call-to-action for all those committed to improving survival and quality of life for women with ovarian cancer.

Meet our international Board of Directors

Elisabeth Baugh’s achievements over 20 years as CEO at Ovarian Cancer Canada include merging two charities to create one voice for ovarian cancer in 2007, raising the organization to a national presence with six regional offices, development of education and awareness programs and mission oversight.

Elisabeth chaired the first-ever World Ovarian Cancer Day on May 8, 2013. This event now boasts more than 140 organizational participants from more than 30 countries, and has led to formal establishment of the World Ovarian Cancer Coalition, of which Elisabeth is also Chair. Globally she is active on a number of Patient Advisory Boards.

Previously, Elisabeth was Executive Director for 10 years at AboutFace, a national organization she co-founded dedicated to helping individuals with facial differences. Elisabeth is a recipient of the Order of Ontario and the Queen’s Jubilee Medal and been recognized three times as one of Canada’s Top 100 Women for her achievements in the charitable sector.  In 2020 and 2021 Elisabeth was nominated for an RBC Woman of Influence Award.

“The World Ovarian Cancer Coalition’s vision is to ensure the best possible survival, and the best possible quality of life for every woman with ovarian cancer – wherever they are. The task of the World Ovarian Cancer Coalition Board of Directors is to unite the ovarian cancer community across the world to make this happen. I am proud to be part of this movement and inspired by all that we work with.” 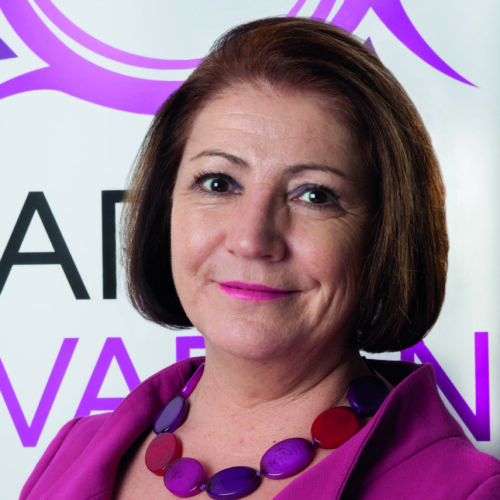 Annwen is Chief Executive of Target Ovarian Cancer, the UK’s leading ovarian cancer charity, which she helped establish in 2008. A multi award winning charity, it has the ambitious aim of doubling ovarian cancer survival through improving diagnosis, funding research and providing vital support to women with ovarian cancer.

Annwen is also Vice-Chair of the Board of Directors of the World Ovarian Cancer Coalition. She was a co-founder of the Coalition, the first of its kind, in 2016 and co-chaired the Expert Advisory Panel for the seminal Every Woman Study™️, published in 2018. She has also served on the Steering Group of ENGAGE, the European Network of Gynaecological Cancer Groups.

Annwen has over 25 years’ experience of leadership, strategy, and management in the non-profit sector. Her several leadership roles include Chief Executive of the Juvenile Diabetes Research Foundation, working in the UK and globally to find a cure for Type 1 diabetes; Chief Executive of Ovarian Cancer Action; and on the Board of the Association of Medical Research Charities, the leading voice of UK medical research charities. In 2014 she was appointed by NHS England to the Cancer Drugs Fund Board to represent the interests of people with less common cancers and help them to gain access to new cancer drugs.

Annwen holds an MBA from Henley Business School. She has also studied non-profit leadership at Harvard Business School and is an alumnus of, and guest speaker for, the Windsor Leadership Group, an executive leadership development group founded by the late HRH The Prince Philip, the Duke of Edinburgh.

Annwen was awarded an OBE in The Queen’s Birthday Honours in 2019 for services to charity.

“I was honoured to be part of the team that co-founded World Ovarian Cancer Day in 2013 because of the urgent need to raise awareness of this much-neglected cancer on a global scale. The establishment of the World Ovarian Cancer Coalition is a major step forward because I believe that by working together – speaking with a single voice 365 days of the year – we can achieve even more for woman affected by this disease.” 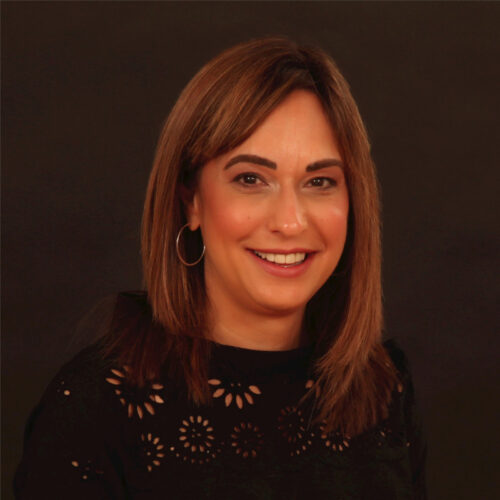 Robin Cohen is the CEO and Co-Founder of the Sandy Rollman Ovarian Cancer Foundation and a Board Member of the World Ovarian Cancer Coalition. She is a member of the Oncology Nursing Society, the Society of Gynecologic Nurse Oncologists, Sigma Theta Tau Honor Society and the Cambridge Who’s Who. She has been recognized as one of the 75 Greatest Living Philadelphians. She has served on the board of directors of the Ovarian Cancer National Alliance for the last seven years and is now the Vice President of the Board of the Ovarian Cancer Research Fund Alliance.

“I am excited about being part of the World Ovarian Cancer Coalition and the opportunity to join forces with supporters from around the world to draw attention to this disease. Globally, ovarian cancer is diagnosed annually in nearly a quarter of a million women and is responsible for 140,000 deaths each year. I am part of the World Ovarian Cancer Coalition because I believe that the time has come for global action.” 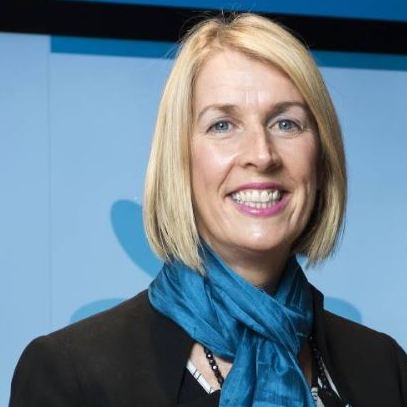 Jane is CEO of Ovarian Cancer Australia, the National consumer organization taking action for women affected by ovarian cancer. She is also Co-Chair of the Australian Patient Advocacy Alliance and a Member of the Expert Steering Committee on the National Preventative Health Strategy for Australia.

“It is both an honor and a privilege to be a part of the World Ovarian Cancer Coalition Board of Directors. Working together we strive for global improvements for ovarian cancer on all fronts – awareness, diagnosis, treatment, and quality of life.” 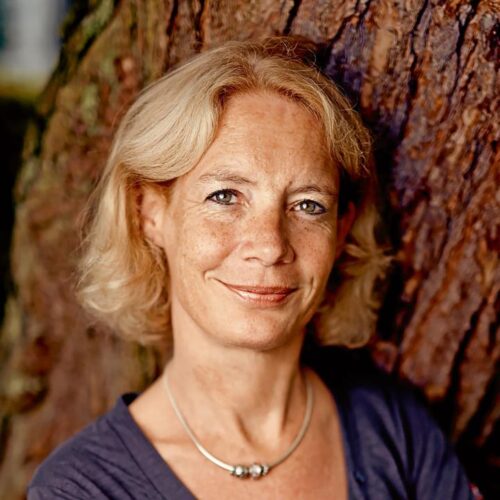 Eva Schumacher-Wulf is the publisher and editor-in-chief of the German ovarian cancer magazine “Mamma Mia!” as well as a breast cancer magazine and other publications. The quarterly magazines are for ovarian and breast cancer patients, as well as for doctors, nurses and anyone else involved with this disease. The magazines provide medical information, and psychological support, including articles about nutrition, sports and healthy lifestyles. Eva also contributes to the Mamma Mia! website and to social media channels like Facebook, Twitter, Instagram and YouTube.

Eva was diagnosed with breast cancer in 2004 at the age of 34, when her boys were one and four years old. Prior to founding and working for Mamma Mia! Eva worked for the Israeli government tourism office in Berlin as a spokesperson for 12 years. She has a master’s degree in tourism from the University of Trier, a degree in public relations from the Academy DAPR and a degree in social media from the Deutsche Presseakademie.

“I am very happy about the opportunity to join the Board of the World Ovarian Cancer Coalition. Being connected to other organizations helps our efforts to create awareness and to support women living with ovarian cancer. In Europe, one of the key challenges is to ensure that all women with ovarian cancer are being treated in specialized centres. I believe through the WOCC we can help address these kinds of challenges. I also strongly believe that society still does not know enough about ovarian cancer. We need a Coalition like this to create greater public awareness of this disease around the world. 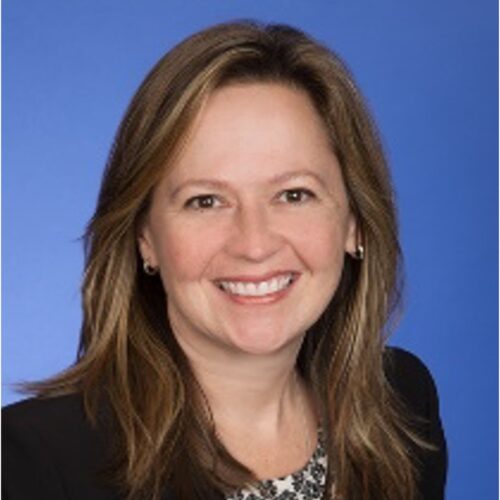 Tammy Brown is a Partner in the audit practice in the Greater Toronto Area of KPMG in Canada and is a member of the Shawanaga First Nation.  She has extensive experience as lead audit partner working with public and large multinational companies in the industrial markets space.

In addition to her technical and client service abilities, Tammy is known for her significant interest and contributions within HR from coaching and mentoring throughout her career to taking leadership roles in the development of others and in diversity and inclusion.  Tammy is the partner sponsor of KPMG Canada’s National Indigenous Peoples Network.  She is the National Industry Leader for Industrial Markets and serves as the Deputy Chair of the board of KPMG in Canada.

“I am honoured to be a member of the World Ovarian Cancer Coalition Board and to be part of this global movement to tackle ovarian cancer. I am encouraged by the commitment and spirit of this movement.”

CEO of the World Ovarian Cancer Coalition, Clara MacKay has nearly 20 years of experience in cancer advocacy, including senior level positions in UK organizations covering ovarian, pancreatic, bowel, prostate and breast cancer. Clara was a founding member of the World Pancreatic Cancer Coalition and Chair of Cancer 52– a network of nearly 100 cancer groups representing the interests of rare and less common cancers. In 2015 she was appointed to an Independent Cancer Taskforce established by NHS England to develop a five-year strategy for cancer services. After 25 years in the UK, Clara returned to her native Nova Scotia, Canada in 2016. In addition to her role with the World Ovarian Cancer Coalition, Clara was recently appointed Chair of the national Canadian charity Craig’s Cause Pancreatic Cancer Society.

Clara has a BA in Politics and History from Mount Saint Vincent University and a Master’s degree in Public Administration from Carleton University. 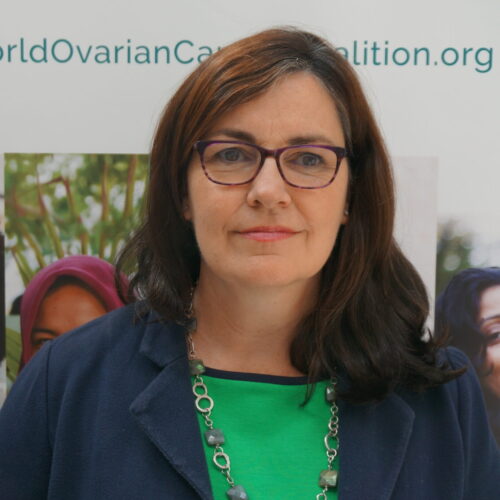 Frances Reid has been the Programme Director for the World Ovarian Cancer Coalition since 2017. In that time, Frances devised and led the peer-reviewed Every Woman Study™ (2018) charting global experiences of women with ovarian cancer. Findings from this study informs her current work as the lead on the Coalition’s Global Ovarian Cancer Charter, scheduled to be launched at the Presidential Plenary of the International Gynecologic Cancer Society Annual Meeting in September 2020..

Her work with women who have ovarian cancer began in 2003. In 2008, Frances co-founded Target Ovarian Cancer in the UK where she worked as Director of Public Affairs and Services. The power of patient experience and voices are fundamental to her work, and have been transformative in bringing together patient, clinical and policy viewpoints. She developed the Target Ovarian Cancer Pathfinder Study, the results inspiring the establishment of an All Party Parliamentary Group on Ovarian Cancer, and informed a raft of policy decisions and targeted interventions to improve survival and quality of life for women.

Frances has what she would describe as a ‘blended career’, including 14 years at the BBC primarily as a radio programme maker, an entrepreneur with a home-based micro-bakery and teaching bread making skills, and as a freelance consultant centred on patient experience and impact reporting. 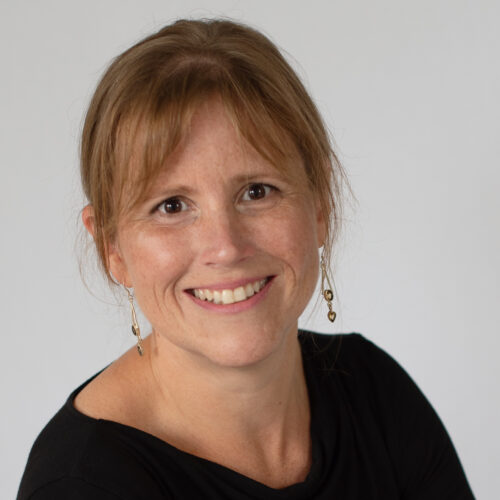 Director of Communications and Marketing

Phaedra Charlton is the Director of Communications and Marketing for the World Ovarian Cancer Coalition.  Phaedra has had a varied career since receiving her BA in Communication Studies from Concordia University in Montreal in 1997.  Initially working for several years in the major motion picture industry in Accounting, Phaedra looked for more fulfilling roles and transitioned into public administration and later entrepreneurship, always with a focus on communications, marketing, and design.  In addition to her work with the World Ovarian Cancer Coalition, Phaedra assists other charitable and publicly minded organizations on an ad hoc basis with their messaging and marketing.