What are the symptoms of ovarian cancer?

Occasionally, there can be other symptoms of ovarian cancer, such as:

Often ovarian cancer symptoms are mistaken for other ailments and causes, as they can be subtle and experienced by women who do not have ovarian cancer. They can be confused with symptoms of other less severe illnesses, especially gastrointestinal complaints (ex IBS or Irritable Bowel Syndrome), leading to frequent misdiagnosis. Most patients are only identified in the advanced stages of the disease when it becomes more difficult to treat.

However, the World Ovarian Cancer Coalition Every Woman Study™,  which is based on the findings of a survey of over 1,500 women living with ovarian cancer worldwide, found that nine in 10 women experienced multiple symptoms prior to diagnosis irrespective of the stage of diagnosis or type of ovarian cancer. Alarmingly, our Study also found that over two-thirds of women had not heard of ovarian cancer, or knew anything about it, prior to their diagnosis. Raising awareness of ovarian cancer and its symptoms with women – and clinicians – is essential if we are to reduce delays in diagnosis. It is especially important as there is no routine, simple screening test to detect ovarian cancer.

If you have any concerns about ovarian cancer it is important to talk to your doctor or primary health care provider.

What are the risk factors for ovarian cancer?

Hover over the factors to learn more about them. These factors are primarily known to increase the risk for the most common type of ovarian cancer – epithelial ovarian cancer.

Anyone born with ovaries are at risk of ovarian cancer 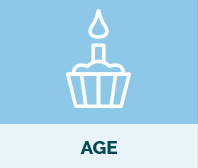 Age –
Your risk increases as you get older. Ovarian cancer is more common in those aged 50–79. However, you can develop it when you are younger. 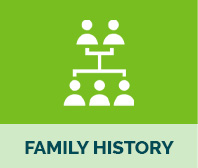 Family history –
Your risk is higher if your family has a history of ovarian, breast, endometrial or colorectal cancer. 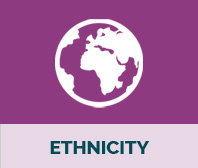 Ethnicity –
Those of Jewish Eastern European (Ashkenazi) background have a higher risk. 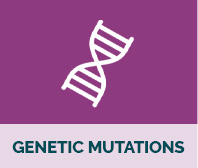 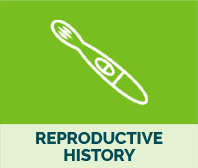 Reproductive history –
Your risk is higher if you have not delivered children. 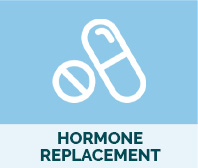 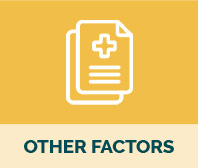 Other factors –
Your risk may be higher if you have a history of a condition called endometriosis.

Reducing your risk of ovarian cancer

While the following may reduce the risk of developing ovarian cancer, it is important to consider the risks, consequences, and potential side effects they may involve, and to remember that although these measures may lower your overall risk, there are currently no steps that you can take to 100% prevent ovarian cancer.

Removal of ovaries and fallopian tubes

Having your ovaries and fallopian tubes removed significantly reduces your chances of getting ovarian cancer. However, a rarer form of the disease can develop in the lining of the peritoneal cavity, so it does not remove all risk.

The combined contraceptive pill is known to almost halve the risk of ovarian cancer if taken for five years or more.

About 20–25% percent of those diagnosed with ovarian cancer have a hereditary tendency to develop the disease. Of those cases, 10–15% are linked to an inherited genetic mutation in one of two genes which are called BRCA1 and BRCA2. Those genes are linked to both ovarian and breast cancer.

Those of Eastern European and Ashkenazi Jewish descent are at a higher risk of carrying BRCA1 and BRCA2 mutations.

Individuals with a family history of ovarian, breast or related cancers are encouraged to speak with their doctor or primary health care professional to find out if they are eligible for genetic counseling and testing.

Speak to your doctor or primary health care professional to find out how to access genetic testing and counseling.