Every woman is at risk of developing ovarian cancer. Ovarian cancer is cancer arising from the cells in and around the ovaries and fallopian tubes. It forms when there are abnormalities in normal ovarian cell growth. New cells grow unnecessarily, and old and damaged cells fail to die away, causing a build-up that forms a tumour or growth. Those growths have genetic mutations that cause them to multiply.

Ovarian cancer is the most lethal of the female cancers. Most women are diagnosed once the cancer has already spread, making it more difficult to treat. There are often delays in diagnosing the disease, as there is no early detection test, and symptoms are often confused with other, less severe, illnesses. Ovarian cancer is overlooked and underfunded – yet every woman is at risk.

There are different types of ovarian cancer tumours, which are named after the type of cell they come from, the three main cell types that make up the ovary. They are:

Comes from the surface of the ovary (the epithelium), and is the most common ovarian cancer. Fallopian tube cancer and primary peritoneal cancer are also included in this type of ovarian cancer.

Comes from the reproductive cells of the ovaries. Germ cell ovarian cancer is rare.

This is an extremely rare ovarian cancer and it is not certain whether the cells in SCCO are from ovarian epithelial cells, sex-cord stromal cells or germ cells. 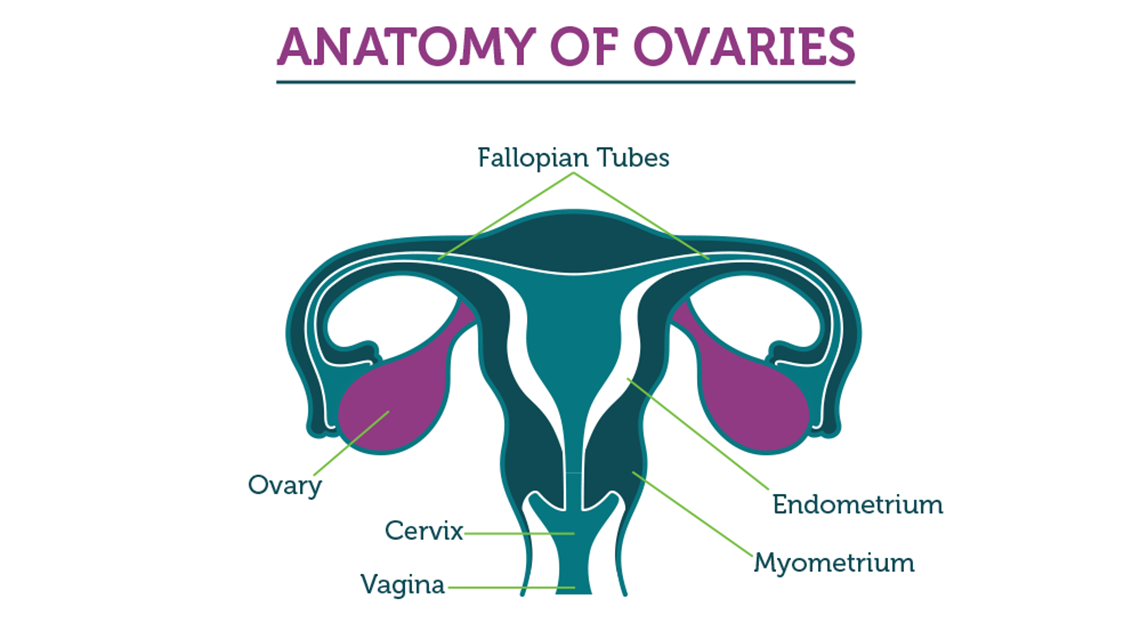 Many of our partner organizations have useful information and resources. For more detailed information about ovarian cancer, you may wish to contact one of these groups more local to you.